How I learned to parent my ADHD child

As I look back on my ADHD Parenting journey, I’ve made loads of mistakes. But, there was one night that completely filled me with clarity and taught me how to parent my ADHD Kid.  This is the story I tell everyone!

Most of us start out parenting our kids the way we were parented.

We think we have to have steep consequences if our kids don’t comply. It worked out okay for lots of us! I was a good rule follower and a bit of a pleaser.

Needless to say, most kids with ADHD are NOT rule followers or pleasers.

My oldest son is super bright, caring, loves reading, building with anything, has ADHD and can be explosive. EXPLOSIVE.

He pretty much yelled and exploded his way through the late elementary years, with me often mirroring his behavior, trying to show him who was boss.

My parenting methods just kept backfiring on me. We visited therapist (after therapist) and tried all the things — sticker charts, rewards, big consequences, incentives, peer groups. But nothing was really working.

I really was doing the best I could and come to find out, so was my son.

Then, I read The Explosive Child, by Ross Greene

Ross Greene’s book, The Explosive Child, entered my parenting life about two years after my son was diagnosed with ADHD and well into what had become an emotionally charged childhood .

Ross Greene gave me ideas that were new: “Your child is not giving you a hard time, he’s having a hard time.”

He’s having a hard time.

Greene believes that children do well when they can and all explosive or bad behavior is caused by a child’s lagging skills or unsolved problems.

Yes, I got it. Kids aren’t deliberately trying to make their parents miserable.

And it felt like that to me. A lot.

We consulted Ross Greene’s website and found a therapist trained in his CPS method.

Greene’s ideas are simple — discover where your kids are having trouble (Ross calls these “lagging skills”) and gather information from your child to help you understand the issue from their point of view.

Then together, you can brainstorm a solution in a way that meets everyone’s needs and thus, prevent future explosive behavior around this issue.

As you keep solving small problems, your kiddo will gain some really valuable problem solving skills to eventually be able to do it without your help.

Sounds great in theory, you say?

If you are not already a believer, this may just convert you.

Let me give you a concrete example of collaborative problem solving in action — one that showed me how to parent my ADHD kid.

The Night That Changed How I Parent My ADHD Kid

It was time for my 12 year old son to take out the garbage — something he had been doing for months, mind you, every single night.

But on this one night when I reminded him, he refused. Flat out refused.

We went back and forth a bit:

“It’s your family commitment,” I reminded.

“Sorry, this is not an option. Take out the garbage!” My blood was beginning to boil.

“NO!” This time he threw the bag of garbage on the ground in front of me.

Clearly, my son’s refusal was really triggering me and I was stuck in an old pattern of “Do as I say” authoritative parenting. (Can you relate??)

Thank goodness, something in me said, “Let it go.” One bag of garbage is not worth a huge fight.

The words, “Okay.” miraculously came out of my mouth.

I think I even surprised myself.

We had been seeing our therapist for a few months by now and I felt more confident about putting Ross Greene’s CPS theory into action.

The garbage bag stayed where my son had thrown it and I went back to cooking dinner. My son headed to his favorite spot on the sofa to calm down with a book.

The most important part of digging under the undesirable behaviors to find the root cause is waiting until the storm has passed and everyone is calm.

Trying to get anything rational out of a tween who has just thrown garbage on the floor is useless and would only serve to escalate the situation even further.

About 20 minutes later, I approached my son and said something like, “Wow, you really didn’t want to take the garbage out, what’s up?”

or I might have said, “You usually take out the garbage, why not tonite?”

What came out of his mouth next was the final piece I needed to teach my stubborn brain.

My son had been afraid and was flooded with emotion, unable to be rational in the moment. All he could do was refuse.

My son’s explosion had everything to do with his own fears and nothing about me or the garbage.

“Thank you for letting me know” I answered.

Had I stuck to my guns and forced the issue, we would have had a huge blowout fight. and more importantly, I never would have found out the issue behind the outburst.

As long as I do not ask him take the garbage out in the dark, we’re fine. There have been no more arguments about the garbage in the years since that night.

Everyone’s Needs Are Met, Including Yours

Another important part of Greene’s CPS method is to make sure everyones’ needs — including us parents — are met.  Taking away my  son’s garbage duties was not an option for me, so we had to do a little problem solving.

“Well, I still need you to take out the garbage. Is there a better time that works for you?”

My son thought for a moment and answered, “How about right after school. It’s still light then.”

This example is such a good reminder of how there is always something behind an outburst. ADHD kiddos have a hard time communicating when they are emotionally charged.

But by addressing one specific problem – taking out the garbage – we were able to solve it and avoid further outbursts — around  that one problem.

The process mapped out by Greene in his book, starts by identifying your child’s lagging skills and unsolved problems. A List of Unsolved Problems (ALSUP) is available on Greene’s website to get you started.

Uncovering the root cause of behavior can be tricky. Kids with ADHD are not always the best at being able to decipher whats going on in their head.

Parents who have gone thru this method know that it is not a quick fix. This problem solving process can be slow and time consuming. It takes time to uncover and sift thru a child’s lagging skills.

We’ve been at it about 2 years now. But once you get the hang of it, there is a domino effect and  the whole parent/child dynamic can shift, dramatically.

In my mind, using this method is the best and only way to go – with any child. Figuring things out collaboratively with your child not only improves their behavior, but your relationship, as well.

One of the easiest things to do to stop explosions in their tracks is change your own behavior.

Yes, your behavior may be contributing to your kids “bad” behavior.

It’s the simple difference between reactive and proactive parenting.  I’ve got another really great, equally powerful, story from my own experience, with my now TEENAGER!! HERE.

This method is worth taking a look at – check out the resources below to get you started.

Resources mentioned in this article

The Explosive Child, by Ross Greene

***This post contains affiliate links which means, if you purchase thru the link, I  may earn a small commission, at no extra cost to you.***

The best toys and activities to keep ADHD Boys busy and not on a screen are HERE!!!!

Our big list of favorite ADHD resources is HERE.

The Best Breakfasts for ADHD are HERE.

The Best Lunches for ADHD are HERE. 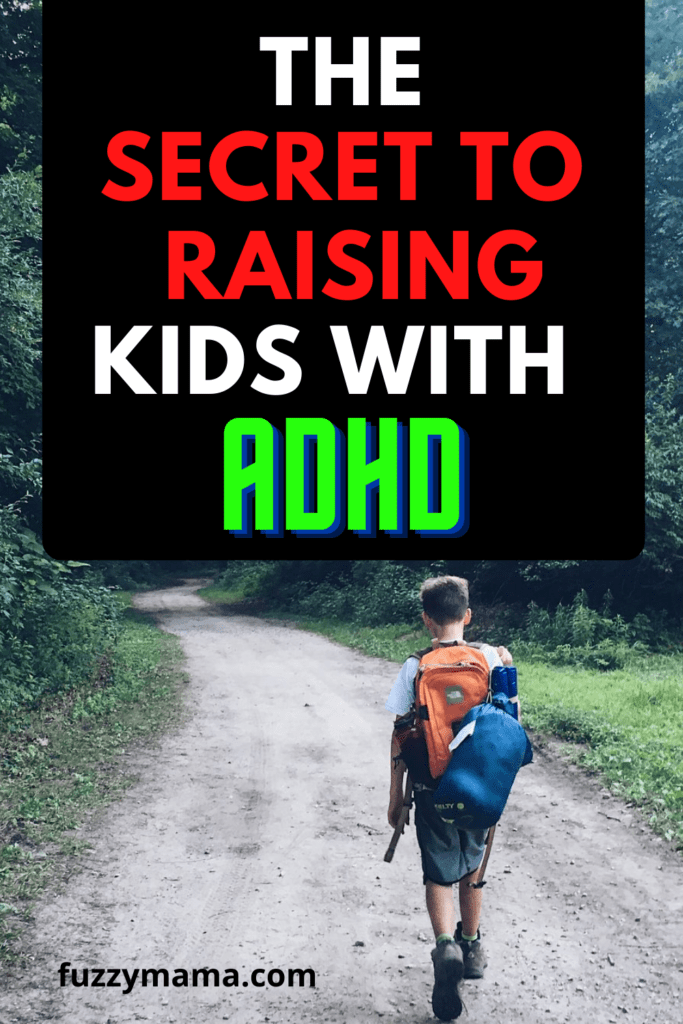