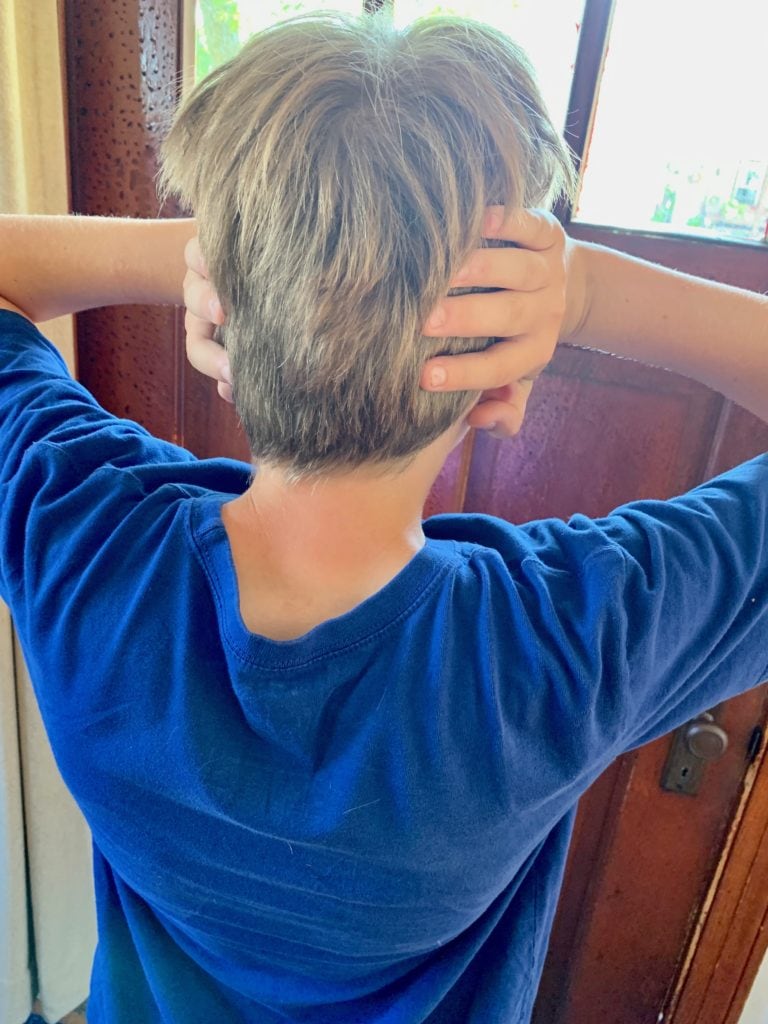 As a parent of two teenagers with ADHD, discovering how to be a proactive parent has literally cut my son’s explosive episodes by 75%. By dissecting these explosive episodes, I’ve learned how my own behavior has been contributing to them – and it’s given me so much insight into how to stop explosive behavior in teens – and kids, alike.

Parenting ADHD is tough work and if we are willing to look closely, we might just see that some of our kid’s explosive behaviors are caused by our own parenting!

Yes, when we are able to change our own behavior and become more proactive, we can have a huge positive effect on our relationship with our kids and we can figure out how to stop explosive behavior in kids.

This article will cover:

It can be life changing to look at how our own behavior is affecting our children’s behavior in those heated, explosive moments.

This article will challenge you to look at how your behavior may be affecting your kiddos and give you some insight into being a more proactive parent.

What is Explosive Behavior?

I probably don’t have to define this for you.

If your kid is explosive, you know what it looks like, all too well.

You may witness big anger that seems to come out of nowhere. Your kiddo may exhibit tantrum-like behavior, even into the teen years.

Explosive behavior is disproportionate to the situation or cause from which it arises.  It can encompass physical fights, throwing objects, verbal outbursts and even harming oneself.

There is a huge connection between ADHD and explosive behavior, so many of us, ADHD parents are all too familiar with this kind of behavior.

Explosive behavior can be very common in kids with ADHD because of their low frustration tolerance and inability to control their emotions.

When you add in anxiety and other mood disorders – also common among ADHD kids – – you’ve got more fuel for explosive behavior.

Not all kids with ADHD exhibit explosive behaviors, but they surely are at an increased risk for being unable to control their emotions and behavior.

You may have to dig deep and consider many other reasons for your child’s behavior such as lack of sleep, poor food choices, too much screen time…

But in this article we’ll focus on how your own reactive parenting style just may be contributing to explosive behavior.

Parents are part of the problem behind explosive behavior

What? I can be the cause of some of my child’s explosive behavior?

So much of parenting is facing our own issues and realizing how these issues directly affect our kids.

The therapist I had in my 20’s and early 30’s was a master at having me turn the finger around to myself and look at my part in any given situation.

It still rings so true as a parent, even when we are so focused on our kids “bad” behavior.

Most often we have a bigger part in our “kids, not so great behavior”, than we’d like to think.

Let’s look at a great example from my own parenting life of how reactive parenting can greatly impact our kids and even cause their explosive behavior.

Looking Closer at an Explosive Episode

I love to share examples from my own life that illustrate a concept so clearly – this all happened one morning at breakfast.

You’ll be able to spot how my reactions to my son were a huge part of his explosion.

We’ll start  a bit before the explosion to set the scene and better understand what was going on:

My son woke up early for band camp and came downstairs dressed, without much fuss at all.

I could have just called it a day in the parenting teen department.

But, unfortunately, I didn’t.

My son grabbed 2 rices cakes for breakfast and I started reacting.

“You need protein“, I chimed in.

“We’ve got SunButter and those packets of almond butter you like,” I relented.

” And clean up your mess. Those rice cakes are messy,” I threw in.

Do you already see the explosion brewing in my kiddo?

I don’t have to tell you what happened next!

And can you believe I went to our family therapy session that week trying to figure out what was causing my son’s behavior?

Turns out, it was mostly ME!

Now let’s see how we can get some good learning from this.  How can we be more proactive in our parenting for our kids – and avoid at least, a good chunk of these explosions?

Related: The Night That Changed My Parenting

What?  We can be the cause of our kid’s explosive behavior ?

At the very least, you surely can have a part in it.

My great example above shows you how I was reacting to my sons every move and putting all the blame outside myself.

Why can’t he clean up after himself?

How many times have  I told him?

This stinks, why can’t he just eat protein like his brother?

Reactive parenting places all of the blame outside of us and onto your kid.

Now I am not saying we don’t have good cause to reflect:- Food, especially protein, is really great for my son’s focus and keeping his ADHD symptoms at bay.

But how is complaining and reacting to your kids behavior after the fact going to solve anything?

As parents of explosive ADHD Kiddos our we want to work towards being less reactive – in the moment and more proactive – coming up with solutions before explosions occur. 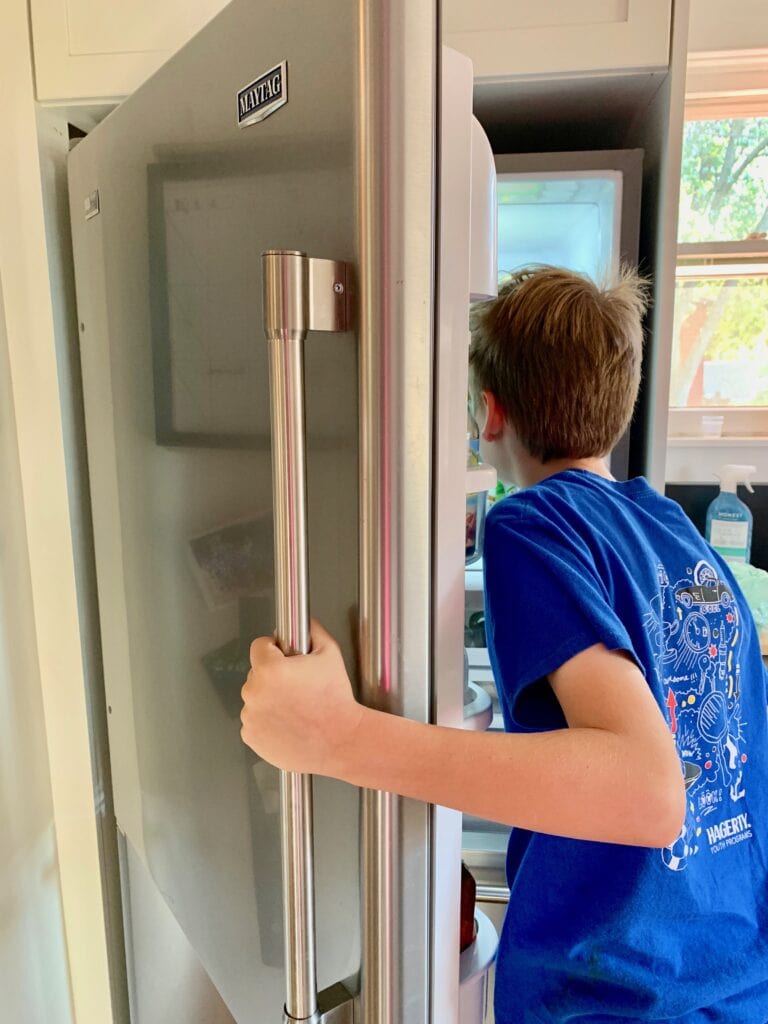 How Can We Become More Proactive in our Parenting?

We can rephrase this, “How can I Stop Explosive Behavior before it even starts?”.

Becoming proactive in my parenting is the best way I have found to calm down an angry child and stop the explosive behaviors.

Let’s look at how we can become more proactive in our parenting.

Hindsight is 20/20 and that is why it is so incredibly helpful to dissect everything that happened before, during and after an explosion.

Clearly, I am triggered by food and repeated my frustrations to my son, which isn’t helpful – in the least.

I was also stringing commands so fast, his brain couldn’t process them, leading to frustration.

As parents we really  need to become detectives to see our part in these episodes.

The great part about that is that we have the power to change ourselves much easier than we can change anyone else.

2. See that behavior is communication

Looking at your child’s behavior as communication can also be a big part of solution.

When managed, anger can be an important way to figure out what’s going on in  your child.

One of my favorite mentors, Ross Greene, has a highly effective  CPS method that is built on the belief that behavior is communication. (His book is one of my most favorite parenting reads.)

It is a very hard concept to internalize and one of the big lens shift that must take place if the method is going to work.

We must always remember that kids are having a hard time.

They are not giving us a hard time.

ADHD Kids have a hard time verbalizing their feelings and emotions – everything may just come out as anger.

So, when my son exploded over breakfast last week, his behavior was telling me he was having a hard time with my repeated, multiple commands and not letting him make his own choices. 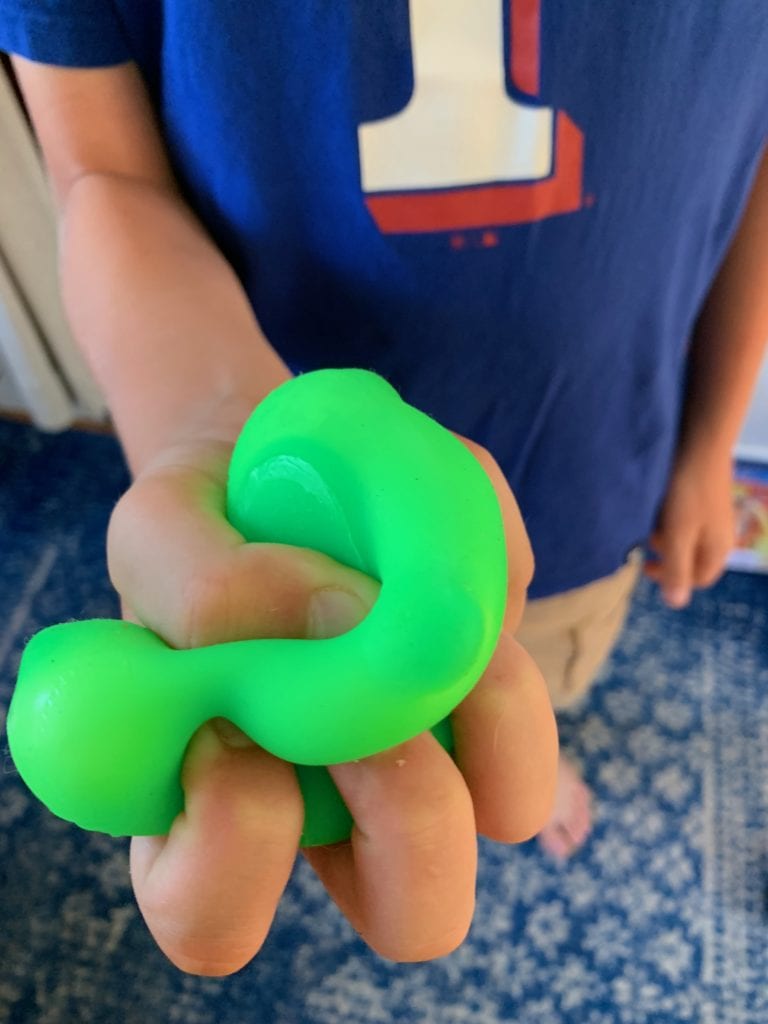 3. Learn From Your Parenting Mistakes

Once you realize behavior is communication and your reactions may be contributing to your kiddo’s explosive episodes, you have a great opportunity to learn from the mistakes – both yours and your kids.

Talking to your kids, when everyone is calm, is a great way to figure out what your kid was upset about.

” I noticed we both really got angry about ….let’s see if we can figure out what was happening.”

“I am sorry I was so mad this morning, I was just reacting to my fears. Can you tell me a little bit about what you were thinking?”

This can take time and you will have to be patient with your kiddo as it can be hard for them to express what they were feeling in that moment – sometimes they won’t even remember.

You can go a long way by examining your own behavior.

And guess what?  The explosions in the morning have stopped.

4. Get clear on your expectations – and your needs.

It’s important to get clear on our own expectations and choose which ones to focus on.

The Rice Cake Episode brought up three very separate expectations of mine.

I want him to eat a super nutritious breakfast AND

I wanted him to clean up after himself.

But in dissecting the explosion, it became clear to me that it might not be possible YET for my kiddo to meet ALL THREE of those expectations on his own.

And it’s certainly not meeting my needs to make him breakfast every morning AND clean up his mess.

So, I had to make a choice about which one to work on right now – which expectation fits my needs the most.

I chose independence.  I want my 15 year old to get his own breakfast.

And with independence, comes mistakes.

But these are good mistakes filled with learning.

The hope is that my teenager will learn the benefits of eating a good, healthy breakfast,  after he has a few situations where he gets super hungry, or tired.

I know he will sort of clean up ….but I have to let that go.

Expecting too much from our kids, when they aren’t quite ready to handle it, is a great way to bring on an explosion, isn’t it?

Do you see how the whole blow up that morning would not have even happened if it hadn’t been for me putting too many expectations(all in rapid fire succession!) on my son?

It’s vital for us to take our learning and come up with a plan.

My plan is to let the mess go and have more available, easy options for healthy breakfasts.

My learning in that one situation has helped so much moving forward….the morning explosions have stopped.

And the big learning has crossed over into many other aspects of my parenting.

More tips about being a proactive parent

See why punishing our ADHD kids is meaningless?

Doling out consequences or punishments after an explosive episode is pointless. and harmful.

The behavior has already happened and the best course of action is to put your energy into finding out why it happened in the first place.

Random punishments do not help to solve any underlying issues and certainly do not help build a strong relationship with your child.

Don’t Forget to Look for Wins!

Often the wins get overshadowed by the not so great behavior(ours and theirs!).

And when our kids are doing what they are supposed to be doing, we often forget that they just may be putting great effort to do so.

So, look for wins, no matter how small!

In my example above, I completely overlooked the fact that my teenager woke up early during summer break to be ready for his ride to band camp.

We often don’t see growth or acknowledge things are changing because all of the sudden they meet YOUR expectations. When things start to get better, it seems so normal, you hardly notice!

Voice your appreciation out loud to your kids, show them that you have noticed. 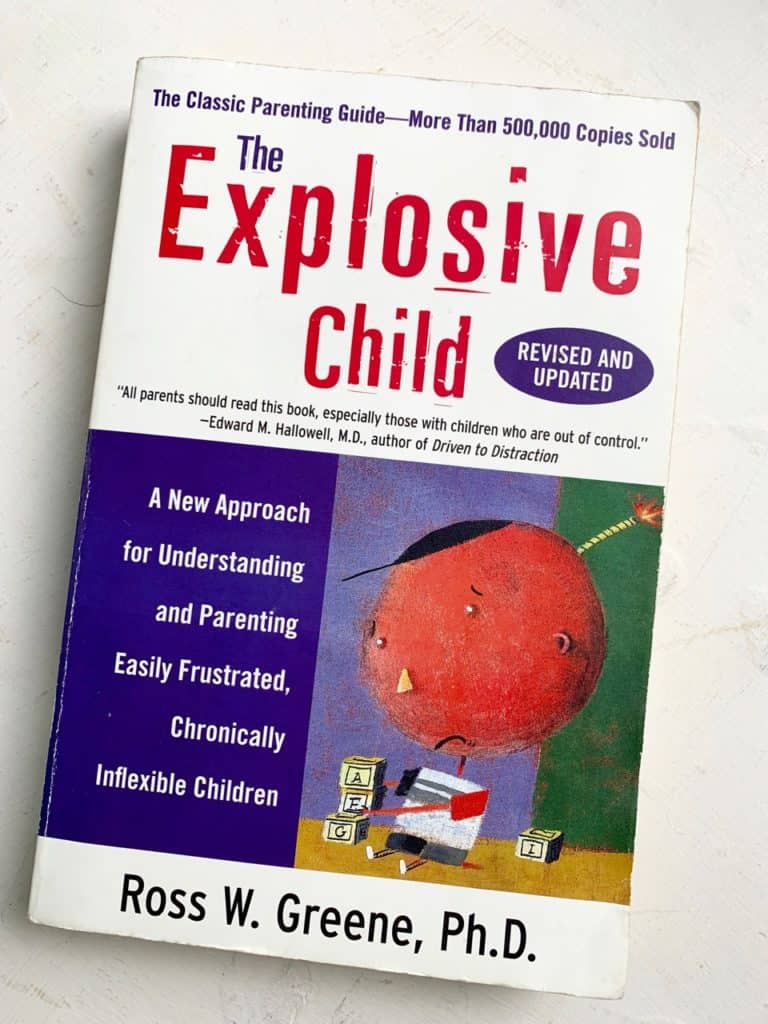 Awesome ADHD Parenting Resources for You

The Explosive Child, by Ross Greene: If you haven’t read Ross Greene’s seminal book, start there.  It has been one of the most influential books of my parenting career, to be sure.

His website, Lives in the Balance, has gobs of information for you as well.

And don’t forget his podcast – which you can totally binge listen to. 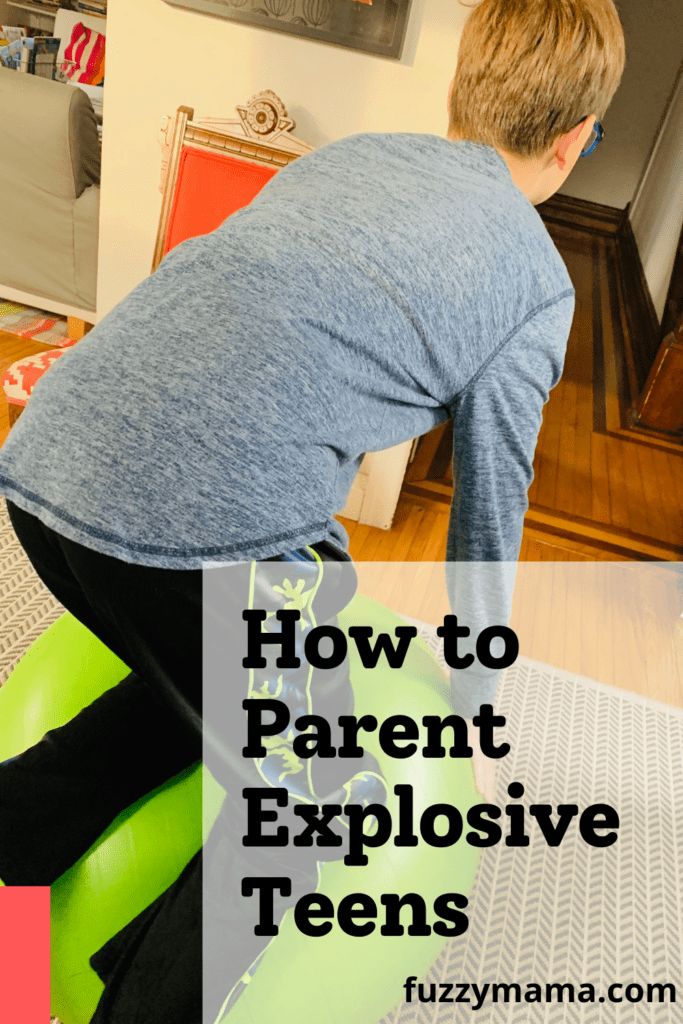